The bathroom is an essential in every home or office, but it wasn’t always so. It’s been a long, winding road getting from the earliest beginnings of plumbing to the modern indoor plumbing systems we have today. Over the years many different designs and materials have been used, with varied degrees of success. In this blog we take a look at a brief history of indoor plumbing.

The history of plumbing can be traced back all the way to ancient civilisations from Egypt to Rome. The term plumbing is based on a Latin word meaning lead. Most early plumbing systems used lead piping, that is until we discovered this resulted in lead poisoning.

It would be thousands of years before plumbing resembled anything like what we think of today. One of the first flush toilets was designed at the end of the 1500s for Queen Elizabeth I. Though it wasn’t the same as the toilet you’d experience today, primarily because it did not hold water in the bowl which made it difficult to clean and left a foul smell. The modern toilet – closer to the one you’d recognise today – was developed in Scotland in 1775. A similar, updated design was patented in 1891 by Thomas Crapper and this is the most well-known version.

Many Choices for Piping

Fast forward to the 1960s and most indoor plumbing relies on either copper or cast iron pipes. Cast iron was popular due it being cheap, easy to install and quite a strong material. The downside was it was prone to rust and would only last around 20 years before weaknesses appeared. Copper had many benefits and is still present in many plumbing systems today, though it’s losing popularity as it can be expensive to install and susceptible to corrosion if the water source becomes too acidic. In the late 1960s, following multiple wars, both copper and cast iron were in short supply. Because of this many other materials were considered including plastic piping such as PVC. PVC piping and other plastic materials gained traction during the 1980s as they were relatively cheap, and many copper or metal systems were beginning to show signs of age. 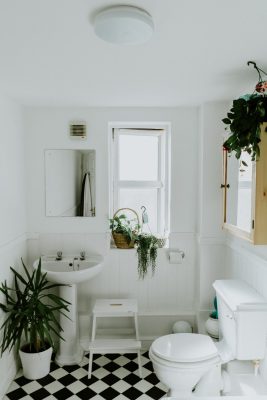 The Best Choice for Modern Plumbing

It’s been a long journey from the earliest beginnings to the indoor plumbing systems we are familiar with today. As a leading supplier of piping to the plumbing industry, Plascorp understand what it takes to create a flawless modern plumbing system. Our products meet all relevant Australian standards and are Best Environmental Practice approved. Next time you require quality plumbing materials, contact your nearest Plascorp manufacturing facility.